My recent work has focused on how news outlets can better serve their audience online. In 2015, I started working at Gulfshore Life as a senior editor overseeing our digital content. I developed a strategic plan for our editorial content online, including our website, e-newsletters and social media. Relying on analytics, I shifted the focus of our blogs based on what was popular with our audience and started a new newsletter covering the local dining scene. Over a two-year period, sessions on our site doubled. In 2018, I was promoted to digital media manager in to help expand our digital products for both Gulfshore Life and its sister publication, Gulfshore Business. In 2019, I was promoted to managing editor of Gulfshore Business before leaving to serve as the student media advisor at Florida Gulf Coast University.

Champions By Design: The Story of Naples High School Football

The Adventures of Yoga Man

In graduate school, I compiled two stories for NPR-affiliate KBIA. I came up with the story ideas, conduced interviews, helped write the scripts and then did the voice overs.

One of the first multimedia stories I did was about a dance class in Columbia for children with special needs. I came up with the story idea, arranged interviews and helped film the class with my teammates. The story aired on KOMU in April 2014. 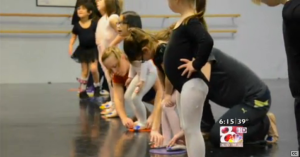 During my career, I’ve been involved in four website redesigns. At my previous job, I helped oversee a conversion of GulfshoreLife.com and GulfshoreBusiness.com to WordPress.